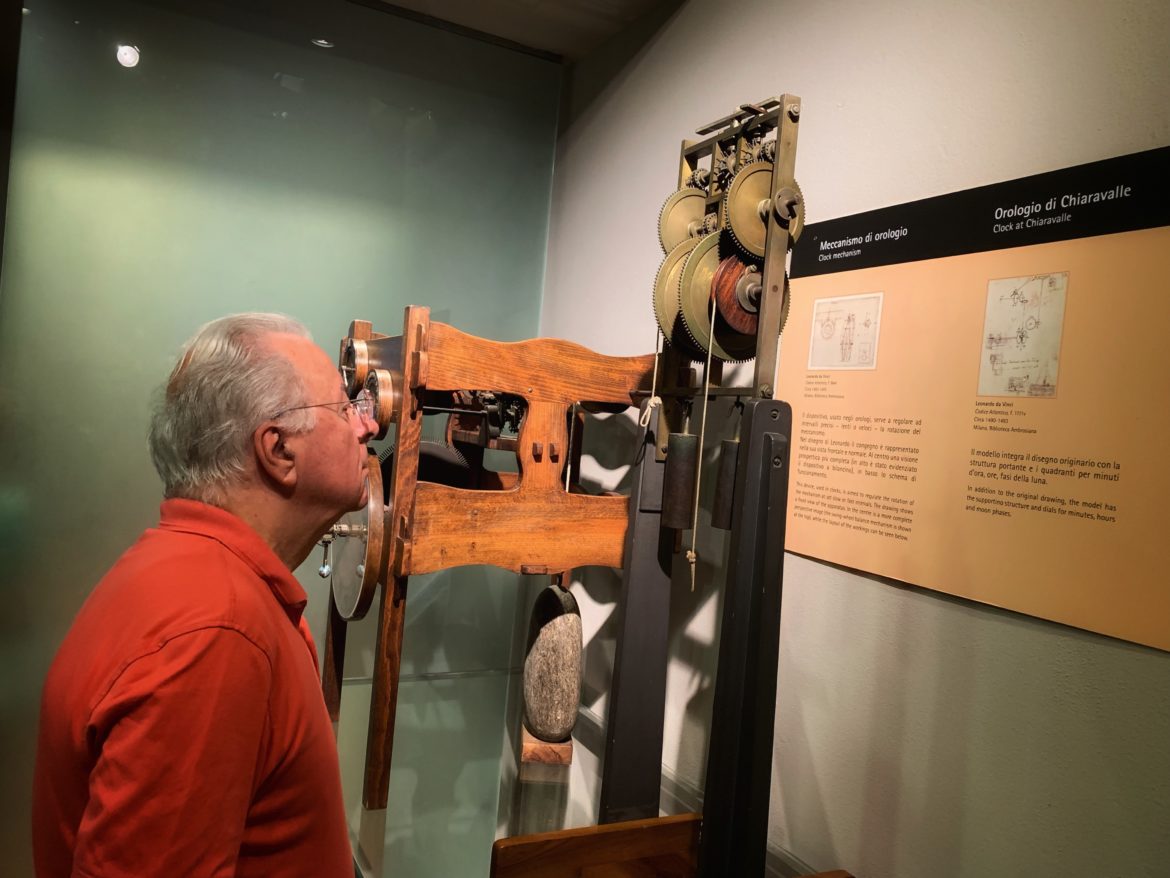 “Pioneers, Explorers. Not caretakers”: Federico Faggin in Vinci, with Italiani di Frontiera, to remind us who we are

Roberto Bonzio is a modern storyteller with brilliant and visionary insights, he took the value of organizing an event in Vinci, in the land of Leonardo and he wanted to involve me in this adventure.

I felt fascinated by the event starting from the title he chose, inspired by Interstellar, one of my favorite films: “It’s like we forgot who we are. Explorers. Pioneers. Not caretakers”:

It was an incredible honor for me to attend, and an unforgettable emotion, to meet Federico Faggin, the most important living Italian inventor, who signed the first microchip and created touch technology (attributed by many erroneously to Apple).

Today he explores new and suggestive frontier, between science and spirituality: the human awareness, which in his opinion distinguishes the human intelligence from the artificial one. For our whole lives we have been instructed to separate science from philosophy, to oppose religion and physics, but Faggin’s nature of consciousness subverts our vision of the world and opens new doors for the interpretation of reality.

From Silicon Valley to the Faggin Foundation he has the audacity to propose a theory that challenges the rules of physics to explore questions about the origin of life.
Innovators and startuppers, arrived from different parts of Italy to take part in an extraordinary event in the picturesque setting of Villa Vignozzi, sponsored by the Tuscany Region and by the onlus Save the Planet.

A symbolic event 500 years after the death of Leonardo Renaissance’s genius, to link the name of Vinci with the aim to build an ideal bridge between past and future of innovation.
An example: the presentation of a virtual reality installation: Vitruvian VR inspired by the drawing of the Vitruvian Man:

An extra emotion, being able to host other protagonists in the field of art and innovation. Like the luthier Michele Sangineto, who brought for the first time in Vinci part of his exhibition of ancient musical instruments now disappeared, some of which made from drawings by Leonardo and presented with a short concert by the sons Adriano and Caterina Sangineto:

I feel blessed and thankful to meet extraordinary people. Enjoy the Recap!

“I was born into a new life every time i have observed the world from unsuspected points of view, my mind has expanded to new understandings. I was born to new lives when I stopped rationalizing, I listened to my intuition and I opened myself to the mystery “. Federico Faggin

Maurizio Castagna – Save The Planet

Federico Faggin, PhD was born in Vicenza, Italy.  He received his doctorate (Laurea) in Physics, from the University of Padua (1965), and in 1968 he moved to Silicon Valley, California, where he now lives.

Directly, or through various  startups he founded and directed, Faggin has been responsible for a great number of state-of-the-art products and technologies.  At Olivetti in 1961 he co-designed and built an experimental transistorized electronic computer.  At Fairchild Semiconductors, he developed several process technologies for the fabrication of integrated circuits – among them the MOS Silicon Gate Technology (1968) which was adopted worldwide and is still in use today; and with SGT he developed the Fairchild 3708, the world’s first integrated circuit.

In 1982 he founded and directed Cygnet Technologies, Inc. which introduced a pioneering personal communication product for voice, data, and electronic mail. In 1986 he founded and directed Synaptics Inc. (1986) – which  today is the leader in human interface solutions, having pioneered the touchpad (1994), and the touchscreen (1999) that have revolutionized the way we interface with mobile devices.

From 2003-2008 Faggin was Chairman of Synaptics and CEO of Foveon, Inc., the developer of advanced image sensors and digital cameras for mobile devices.

He is now President of Federico and Elvia Faggin Foundation, dedicated to the scientific study of consciousness. Faggin has received many awards and honors , among them the 2009 National Medal of Technology and Innovation from President Obama.

Rossella Guido is an Academic and Scientific Communication expert at University of Milano-Bicocca, Events Reporter, Web Writer & Video Content Creator. She's founder of the #InspiringPeopleDaily Video Project: who inspires you?

Woman behind the scenes: Davida Camorani – Italian Excellence in the World Association

How to Become a Better Student by Leveraging...

Video Interviews at University of Milan with Paola...

Video Interview with Randi Zuckerberg: We Are Not...

Applying Artificial Intelligence for Social Good: What is...

This website uses cookies to improve your experience. We'll assume you're ok with this, but you can opt-out if you wish. Accept Read More