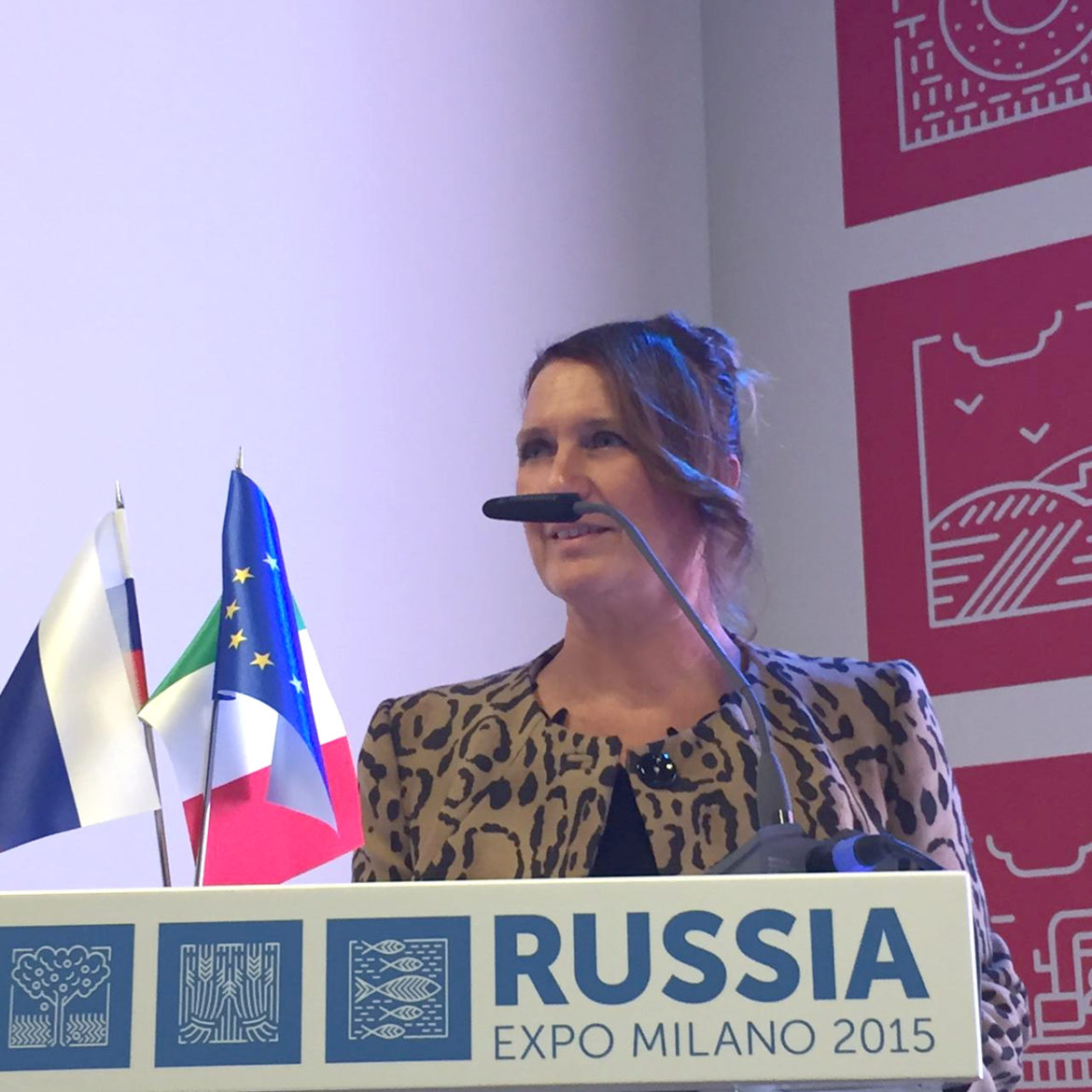 Woman behind the scenes: Davida Camorani – Italian Excellence in the World Association

President Davida Camorani tells the story, the experience and the objectives of the association: a passionate and inspiring woman who believes in the importance of promoting innovative ideas to raise awareness and support Italian excellence in the world.

1. How did you begin your engagement in this association and what drives you to continue in this demanding adventure?
All started with my registration in the professional Linkedin platform that took place in 2012.

Here, together with colleagues from the Italian and non-Italian public administrations, professionals and entrepreneurs have an important debate about everything that the Italian and international communities are most complaining about, bringing out an inconvenience which I have seen growing from year to year in a worrying way, giving us a picture of an Italy being held hostage by bureaucracy and corruption and the rest of the world with our own social problems.

The public and private service that fascinated me most were the Canadians I consider a model to imitate. It was precisely in the Canadian governmental group that contact was made with Dr. Francesco Gemelli, who has been working for years in the Canadian Government in Ottawa, later becoming a Founding Member and Vice President of this Association.

The great love that these emigrated professionals feel for their Italian roots would lead them to invest in Italy even with large capitals but they were held back by the Italian justice system and bureaucracy. They through parenthesis and knowledge are aware of both the very long time for civil cases and the violation of the rights that some of them have experienced on their skin in cases of separation with married women in Italy.

In just one year after my registration in Linkedin I had therefore developed a vision that I saw occurring in the following years.

Let’s say that it was clear how much countries considered backward and poor were running and, as the richest and most evolved ones like Italy, were retreating despite the great potential that Italy has as an ancient gift. Comparing myself I also discovered that our language is perceived with a fascination of which I was not aware and today it is the fourth most studied language in the world.

I still remember today how the emotion manifested publicly by an important Canadian entrepreneur when I posted the San Domenico Museums in Forlì or the same city and central district where he was born and emigrated over 40 years ago. And so soon requests for registration came from all over the world and people began to connect with each other, creating innovative projects.

Knowing that in every part of the world someone was waiting for a new post dedicated to our Excellencies had given me the proof of the fascination that Italy had in the world and so, together with other colleagues from various Italian cities and, also from the requests of the same registered in the group we decided to found this Association in Rome on 28 April 2016 after having written with careful examination the Aims that were considered necessary to pursue and that responded both to the need to promote Italian Excellence in the world, and to those of promoting solutions projects to the problems most felt by Italian citizens.

The project has 9 Goals that we are certain represent the best of us in the world and the needs required by Italian citizens: http://www.italianexcellenceintheworld.com/
I believe it is a duty of every citizen to actively participate in the life of their own nation by replacing the complaint with commitment.

I intend to publicly thank the Undersecretary of Defense Angelo Tofalo who allowed me to get to know the project of Excellence “Collective Defense, the Armed Forces at the service of the Citizen”, and the Italian Defense departments that are committed to ensuring every day maximum security to the Italian Nationals and Citizens.

The Defense of the Nation and the Citizen represents one of the aims of this Association presented in the Video-Spot realized in 10 languages ​​by MGO Visual Studios, and launched in these days on the web, the Video-Spot that sees the intervention of the extraordinary voice of Luca Ward, the famous actor and dubber of the movie “The Gladiator”.
I want to remind you that all this would not have been possible without those who together with me believed in the birth project of this Association and deserve special mention: Founding Member Colonel Erminio Corbo, Founding Member and Vice President Dr. Francesco Gemelli, Founding Member and Treasurer Dr. Paola Bernuzzi, Secretary and Head of the Medical Office Doctor Radiologist Marisa Giudice, Founding Member Prof. Avv. Francesco Pantaleo Mazza, Professor of Criminal Law at the University of Cassino, Professor of Criminal Law in Training and refresher courses for the Penitentiary Police Corps by the Ministry of Justice, as well as Lecturer in the course of “Deontology and technique of the criminal lawyer”, at the Criminal Chamber of Rome.

2. 2019 is the year of Leonardo da Vinci. For the celebrations of the 500th anniversary of his death, innovation, his genius and his creativity are celebrated all over the world. Your motto is directly inspired by Leonardo, do you want to tell us more about its meaning and value within the aims of the association?
The great Leonardo da Vinci represents the innovation that characterizes each Purpose of this Association.

“NO SI VOLTA CHI A STELLA E’ FISO” is the motto we have impressed on the Logo and that represents us.

The Logo design is the result of a refined research carried out by Dr. Francesco Gemelli, deserves particular attention for everything that every arrival point was all traced back to one of the already written Goals and to Leonardo’s motto, almost once again everything has been designed.

The research has brought us back to the past of an ancient Greece where Italy was associated, because it was placed in the West of the Hellenic peninsula, the “Star of Venus”. Hence the legend that tells us one of the names with which Italy was known in this historical era, or “Esperia”. Esperia meant “Land of the Stars”, an Ethical and Ideal meaning of the Star of Italy inserted in the Logo, to which, later on, up to the Risorgimento, the motto of Leonardo da Vinci “NO SI VOLTA CHI A STELLA E’ FISO“.
This motto can be translated into two versions. The first translation expresses the meaning of those who intend to reach a goal, an ideal, energies that will not be stopped by anything. The second version expresses the nature of the inhabitants of the land of Esperia (Italy and the Italians), that is, people who do not turn back, who do not run away from the adversities of life, but face them with the courage of their actions. This gives us the vision of Italians bravely facing every trial with Honor.
We can certainly say that both versions represent this Association.

3. Among the Purposes of the Association, particular importance is given to the theme ” Mothers will change the world “, what are the initiatives you put in place?
Here is the heart of this association that represents the response of our commitment for society.

We have established a Nomination that, every year, we confer on the Mother in the World who has distinguished herself for her commitment to improving the Society.

The nomination for the year 2017 has been conferred to the Italian Dott.ssa Medical Radiologist and Writer Marisa Giudice for the commitment with which she dedicates herself to the Youth Discomforts, while that for 2018 the Appointment was conferred to the First Lady Emine Erdogan for the commitment dedicated to the problems of juvenile unease, the disabled and the great attention paid to the value of the family.

Through this Purpose a wonderful story was also born with the Children of the Ryad Oncology Center in Saudi Arabia who communicate with us through the drawings they make during the recreational moments of the Center.
One day we thought we would surprise them. We downloaded several drawings and had albums released that featured their own drawings and we sent them to Ryad
Their joy was immense but even more so ours was because we had the proof of the power of the Socials in approaching such apparently different worlds.
I very soon hope to physically embrace these children who are waiting for me to draw with them.

4. This Video Project is about the people who inspire others to evolve and improve themselves and the world around them. If you think about the person who was able to inspire you the most, to achieve your goals, who does it come to mind?
This is a question that makes me smile because the answer will be surprising for you. I feel privileged because my model of inspiration is represented by a special commission called 75. Yes, 75 people who have inspired my journey.

They are no longer alive, they communicate through historical documents that they left to the Italian people, documents called Preparatory Works or Minutes of the Constituent Assembly. These documents represent the only Scientific Evidence of our Rule of Law.
But who are they?
We are talking about the Constituent Fathers, those who have written the Constitution for all of us. These gentlemen were chosen among the 556 members of the Constituent Assembly and who set to work on June 25, 1946.
As Vittorio Emanuele Orlando said: “Italy has not yet finished being Italy and, as Italians, we still have some tasks assigned to us in the history of the world”

5. Tell me one of your dream for the future.
Dreams belong to those who dare that, in life, to most, it seems impossible to reach and at that point the dream becomes reality 🙂
This association is already a great dream that has come true. The projects, the initiatives, the people who came to me and I believe they are always part of that design that you mentioned at the beginning.
Today I am convinced that nothing happens by chance, even this conversation, this is the reason why i’ll keep continue to develop the dream of this beloved Association.
I want to see splendid Italian places to host the international event that every year from Italy will award “Mothers will change the world”, because the Mothers of the World and, only them, have the strength to change it 🙂 🙂

Thank you for the interview!

Rossella Guido is an Academic and Scientific Communication expert at University of Milano-Bicocca, Events Reporter, Web Writer & Video Content Creator. She's founder of the #InspiringPeopleDaily Video Project: who inspires you?

Applying Artificial Intelligence for Social Good: What is an Innovation Foundation? Video Interview with Marco Zappalorto CEO of Nesta Italia

“Pioneers, Explorers. Not caretakers”: Federico Faggin in Vinci, with Italiani di Frontiera, to remind us who we are

How to Become a Better Student by Leveraging...

Video Interviews at University of Milan with Paola...

Video Interview with Randi Zuckerberg: We Are Not...

Applying Artificial Intelligence for Social Good: What is...

From RAH to B: a possible challenge –...

This website uses cookies to improve your experience. We'll assume you're ok with this, but you can opt-out if you wish. Accept Read More